In short: Nokia is releasing 3D templates, case specs, recommended materials and best practices—everything someone versed in 3D printing needs to print their own custom Lumia 820 case. Nokia refers to these files and documents collectively as a 3D-printing Development Kit, or 3DK for short.

They can be found here, here and here.

I had the chance to try the Microsoft Perceptive Pixel 55” LCD Multi-Touch Display first hand at the Institute for Computer Science of the University of Zurich.

This is by far the best touch screen I have ever seen. Its slightly matte display with over 100 simultaneous touch points that are measured at 120 frames/sec makes touch manipulation extremely precise. 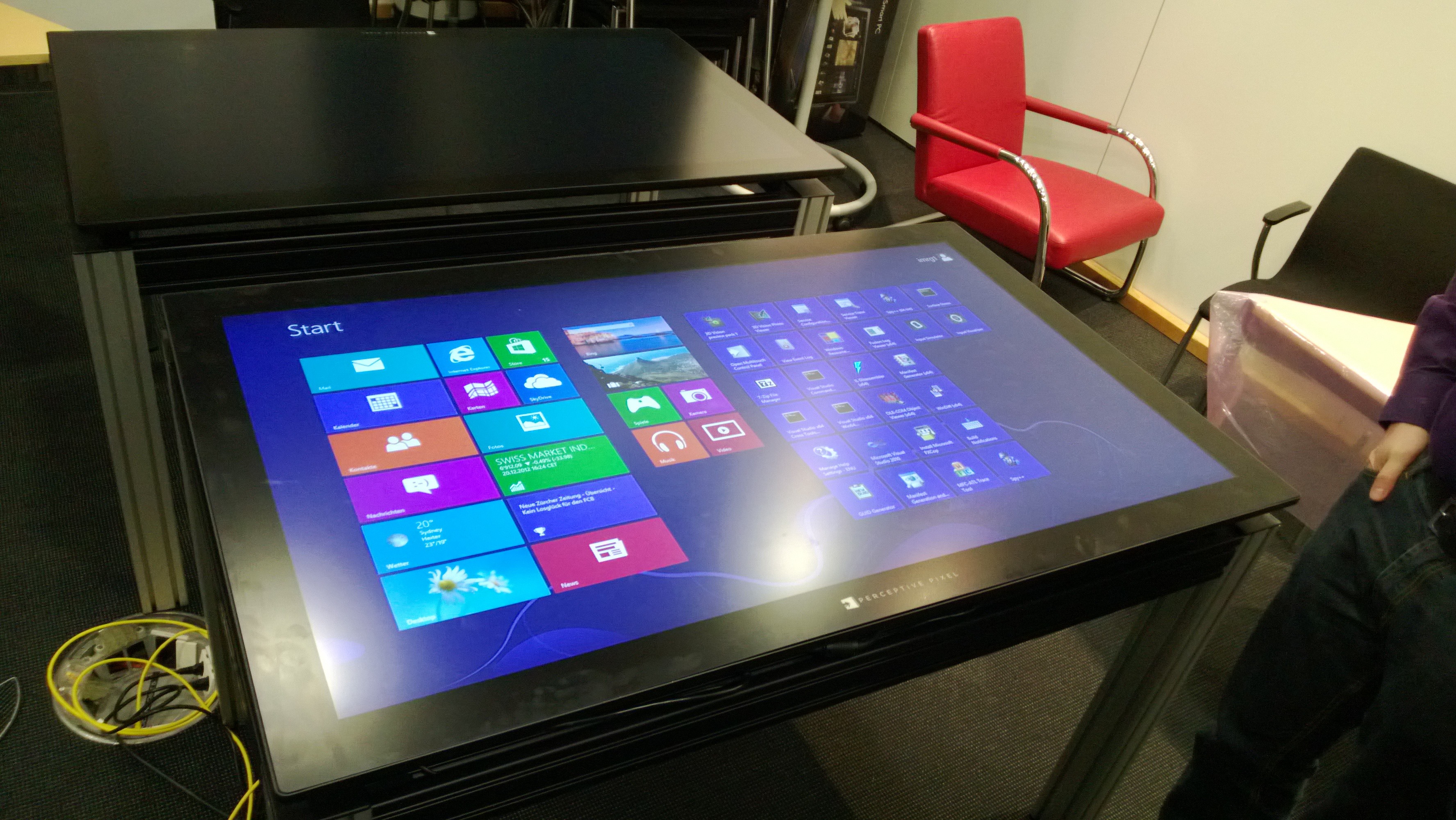 These two displays have been mounted on custom built legs and are running the Windows 8 start screen at the display’s native 1920 * 1080 HD resolution. 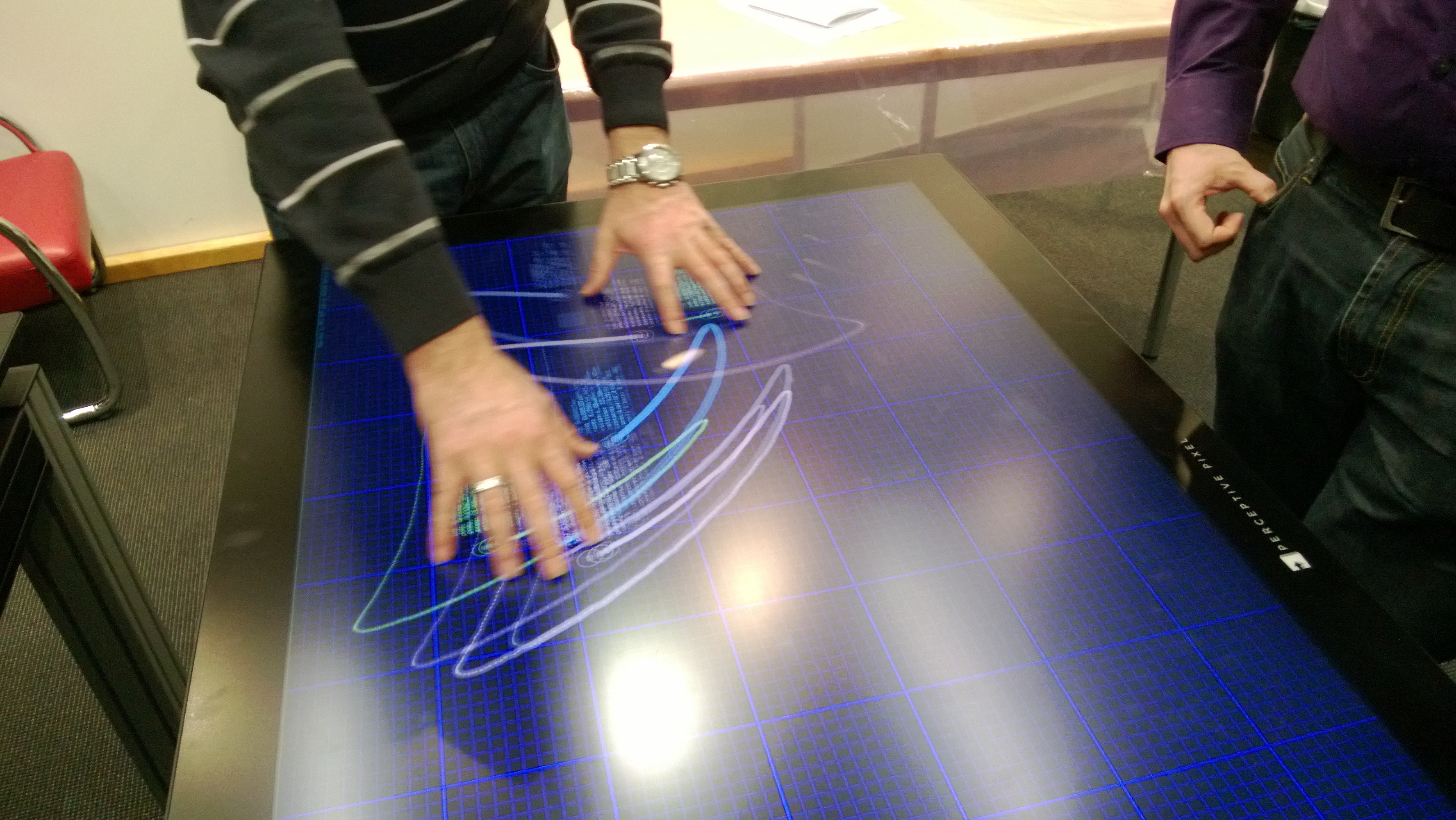 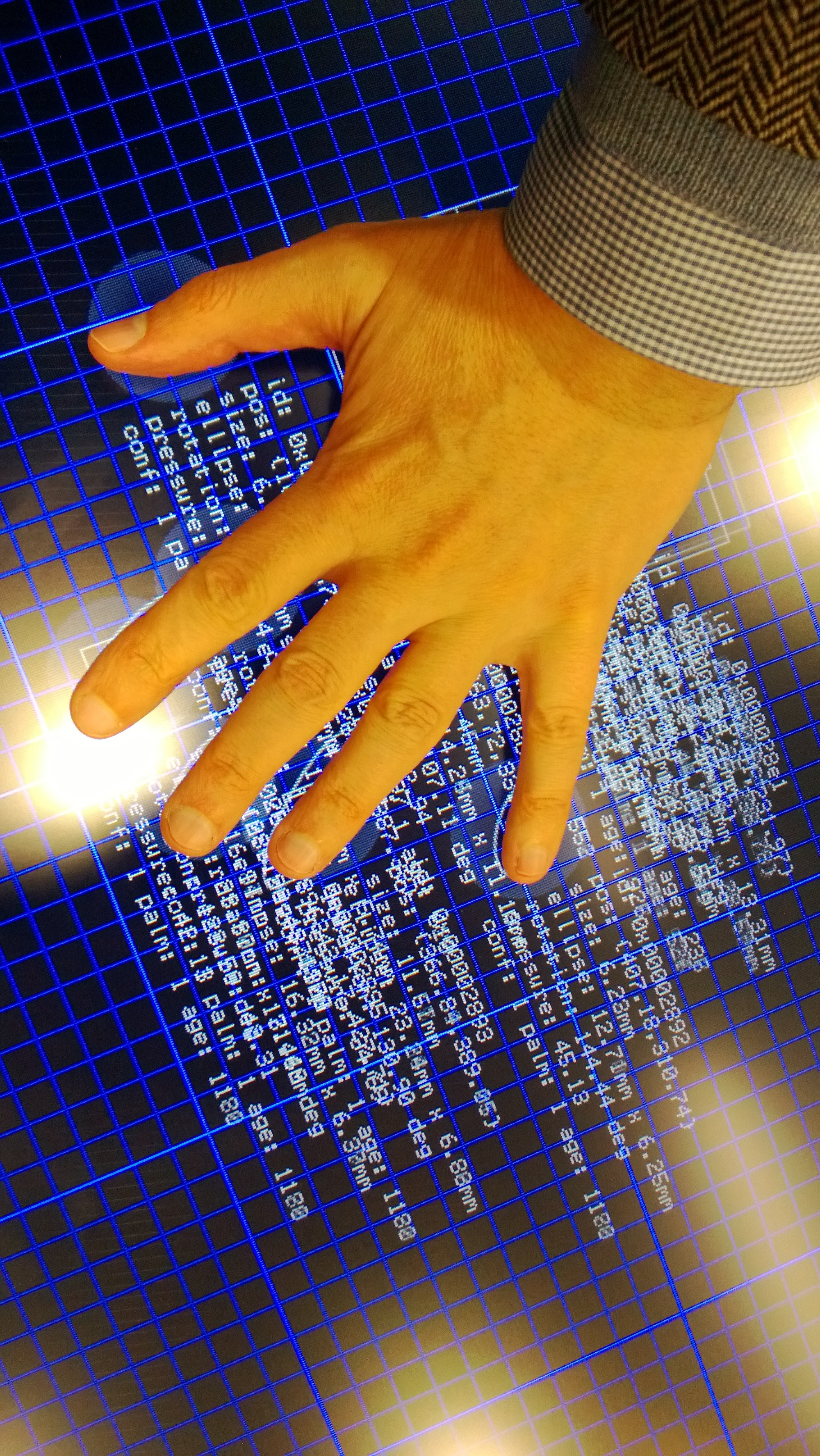 Automatic detection of palm and fingers including orientation allows for filtering out palm input in apps, allowing the user to lean on the table without accidentally generating unwanted touch input. 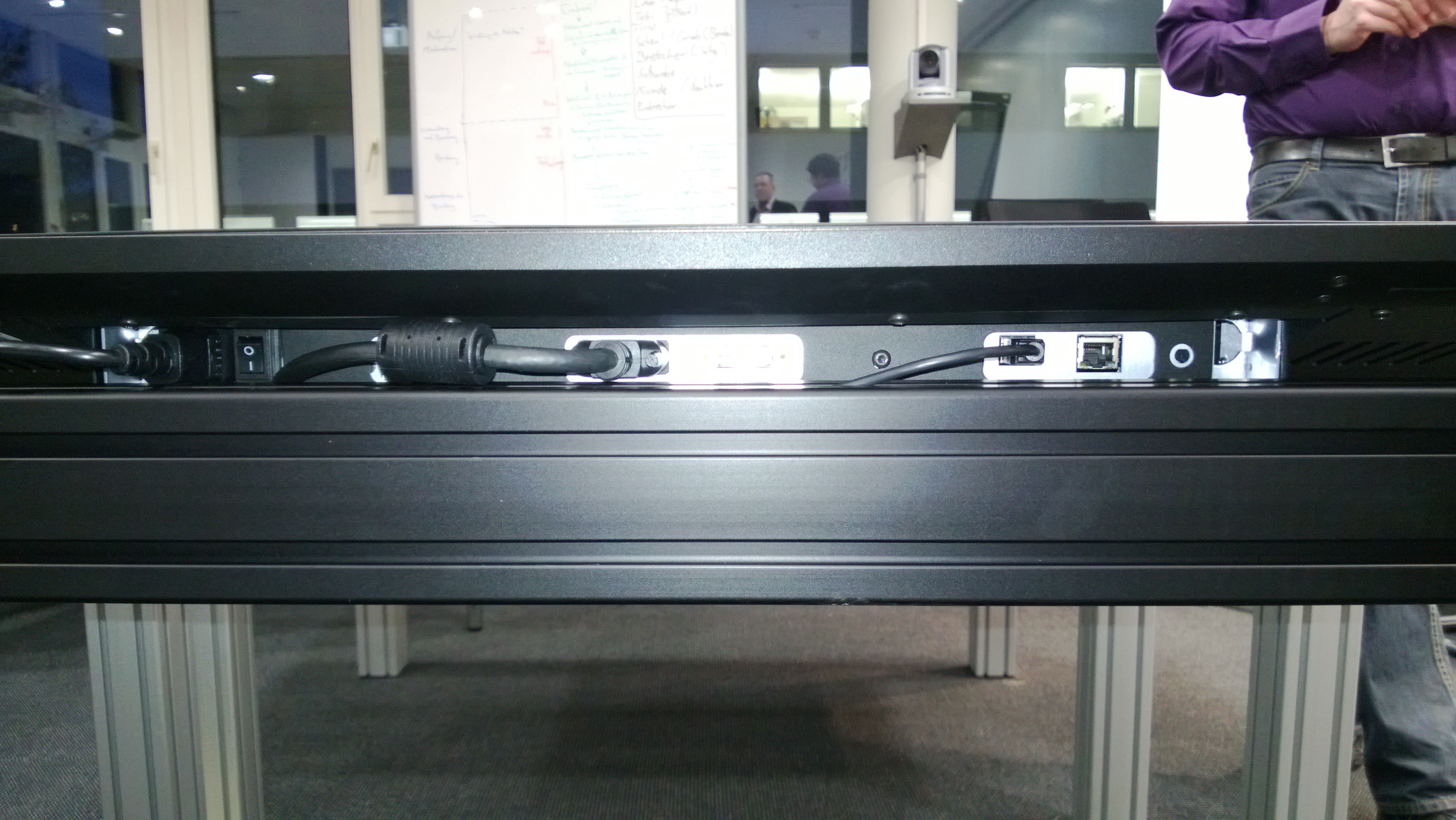 The display features 2 HDMI inputs and an Ethernet connector. It is connected to a PC via USB cable and special drivers provided by Perceptive Pixel. 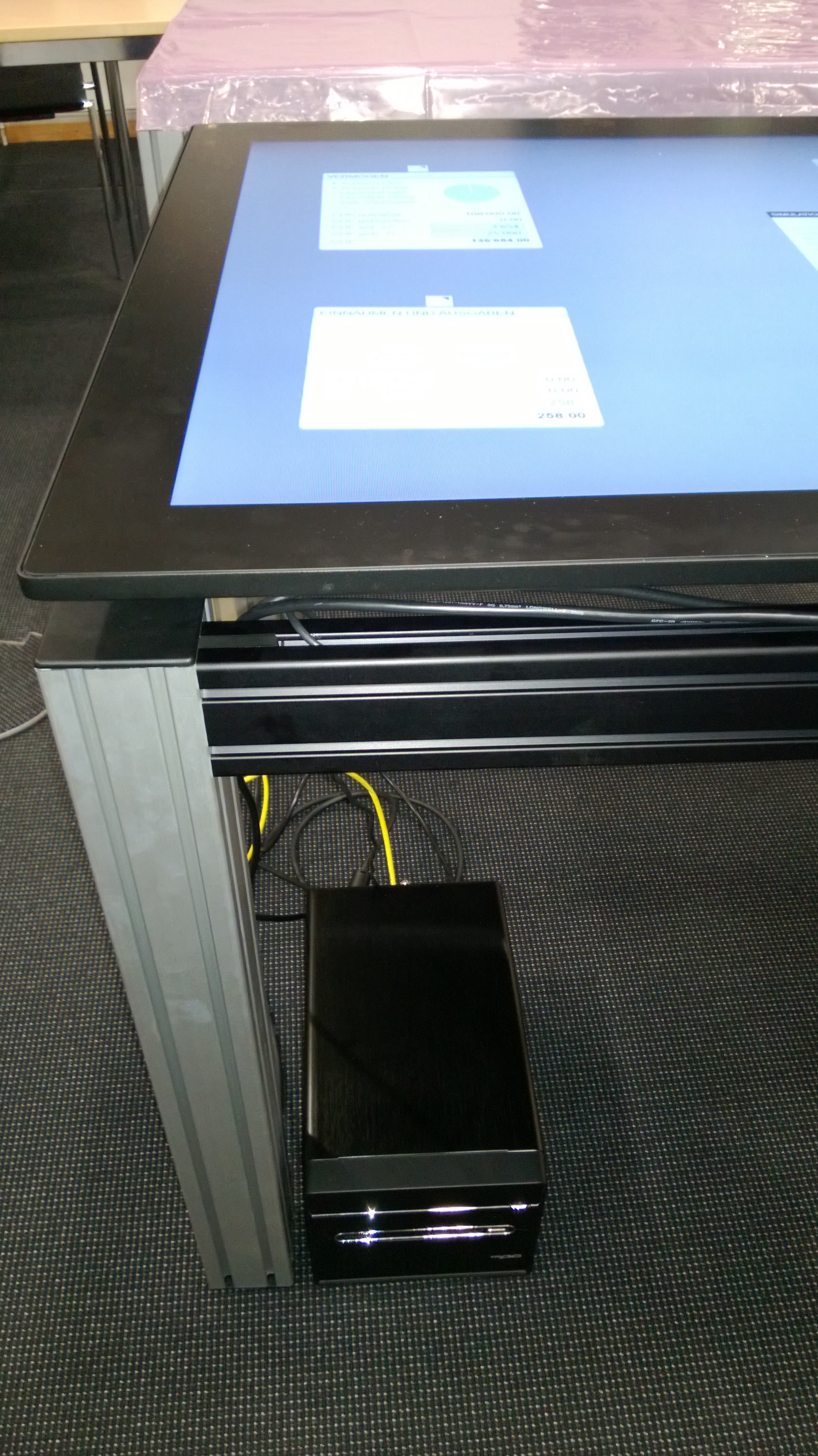 The unit tested was connected to a custom-built shuttle PC sporting a graphics card that can generate the supported 120 frames/sec. 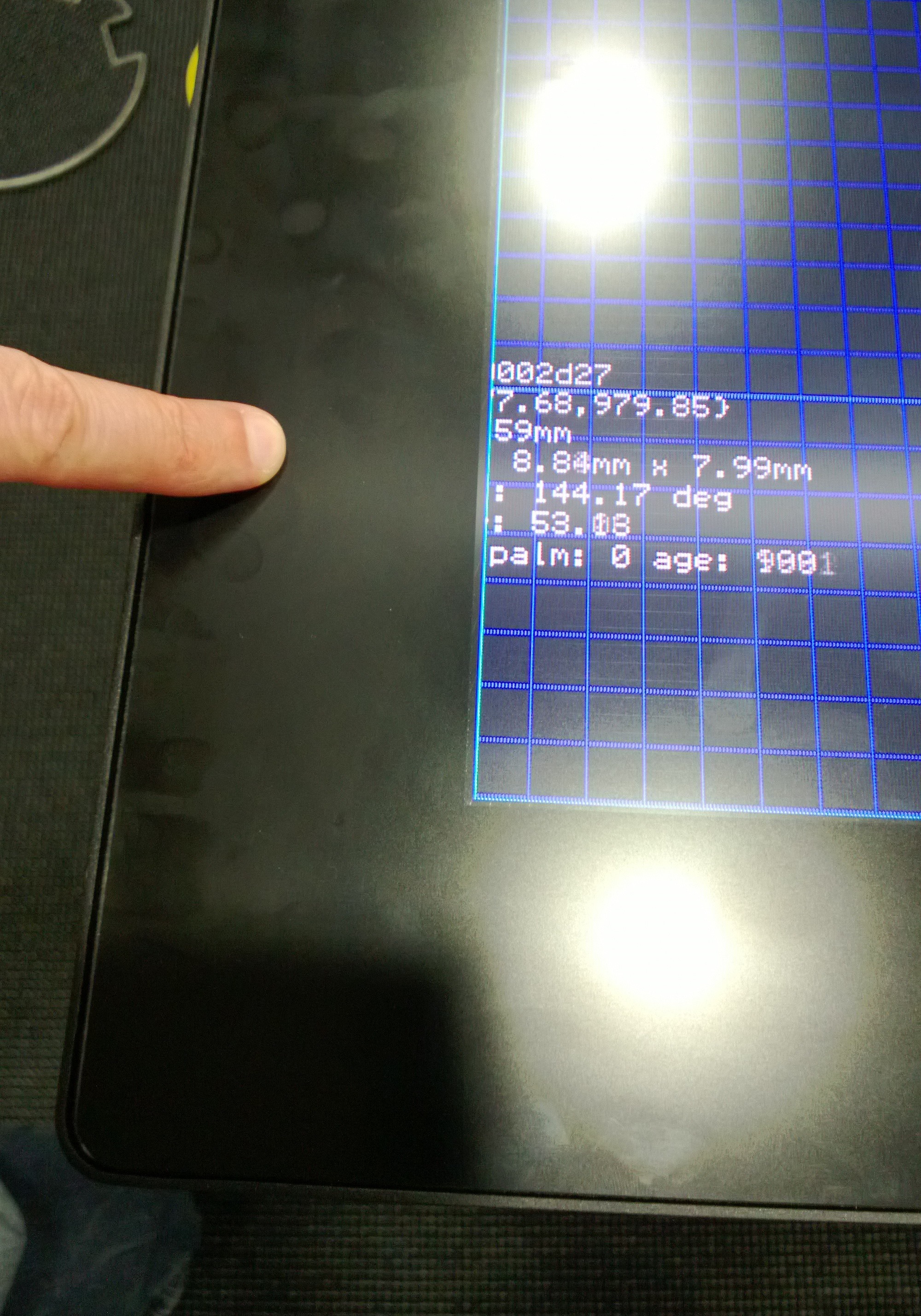 Interesting fact: The table registers touch points even on the bezel, beyond the visible screen. This could be used for “hidden” functions/menus in apps. The feature is called “Overscan Area”.

Here are the technical specs for the unit tested:

Asus hasn’t just updated every driver to work properly with Windows 8 for their Zenbook UX31e Ultrabook and updated the BIOS to support UEFI which causes the machine to cold boot into Windows 8 in under 6 seconds in my case, they have also added great gesture support for their glass-touchpad that makes up very well for the lacking touch support: 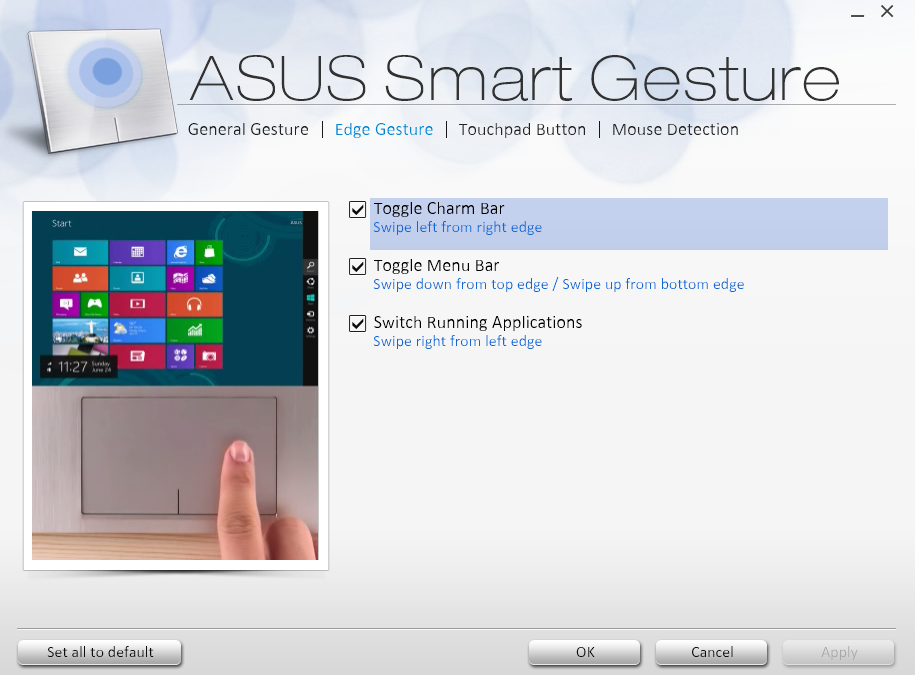 Swiping over the edges of the touch pad open the charms bar, the app bar and the Windows 8 task/app switcher. It works like a champ, I am very impressed.

I am watching this on repeat. I am sure they made it just for me! <3

The Microsoft Wedge Mobile Keyboard just landed on my desk today. And even though it’s very small, it’s highly usable.

It comes with a rubbery cover that can be used to make it “stick” to a slate’s screen for transportation. 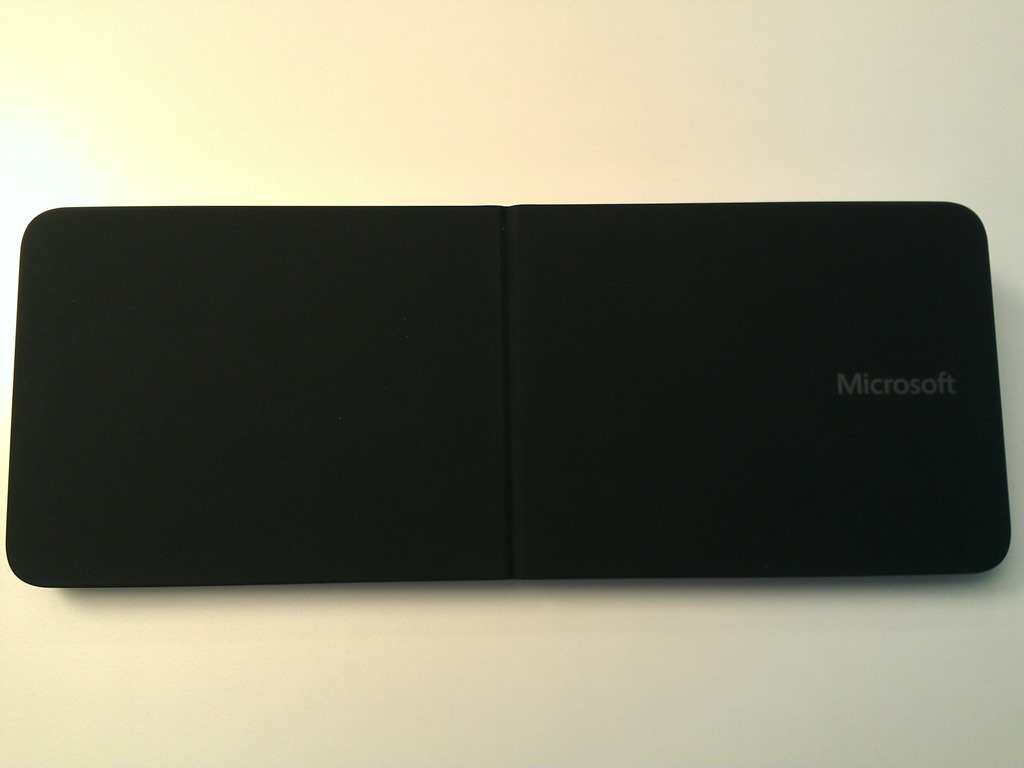 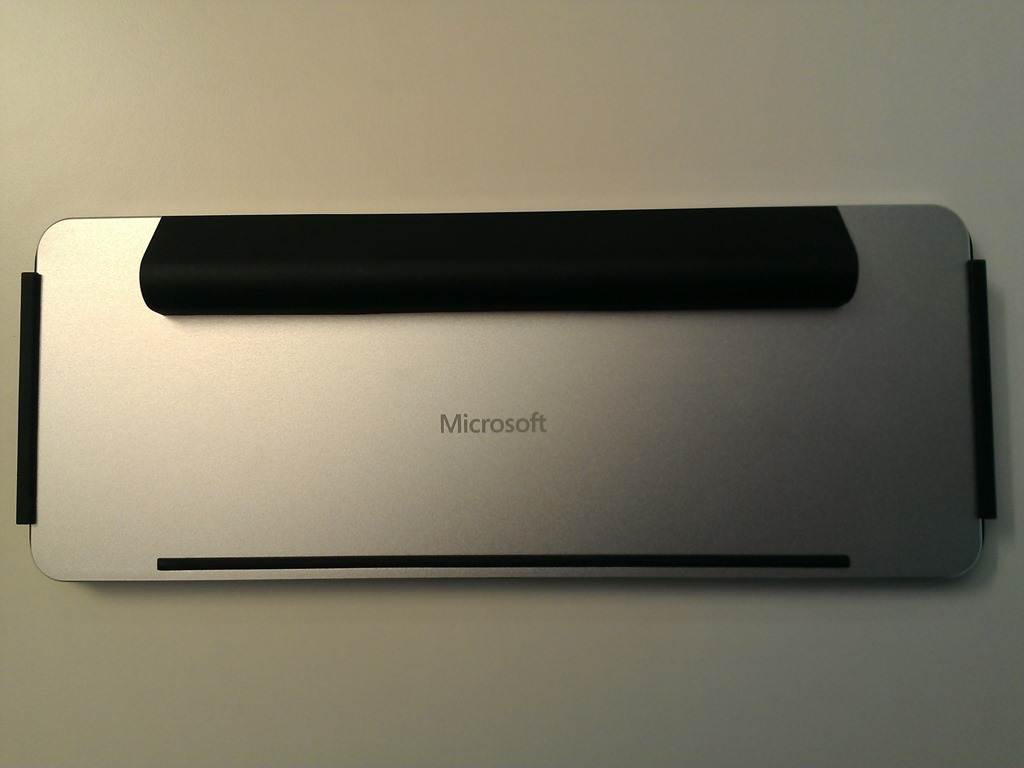 If removed, the cover doubles as a stand for tablets/slates. 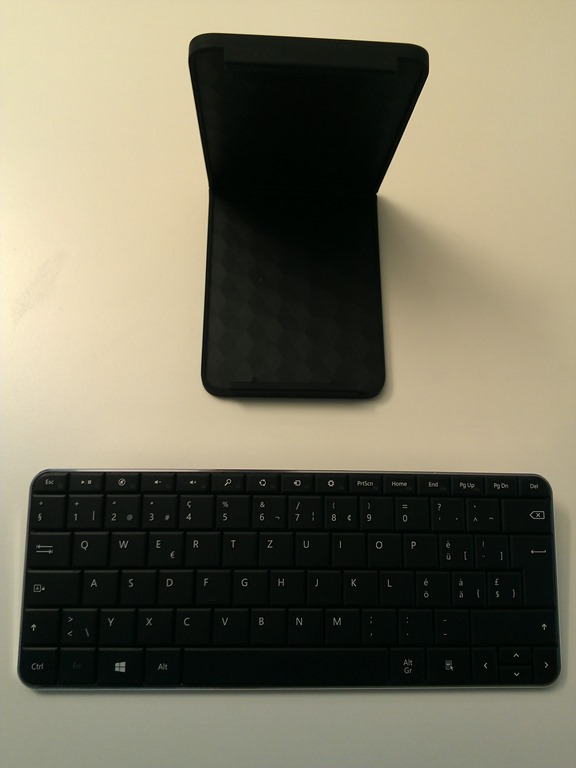 It does a great job at holding my relatively heavy, Intel Core i5 based Samsung Series 7 slate as the cover is heavy and the hinge in the middle is rather strong. 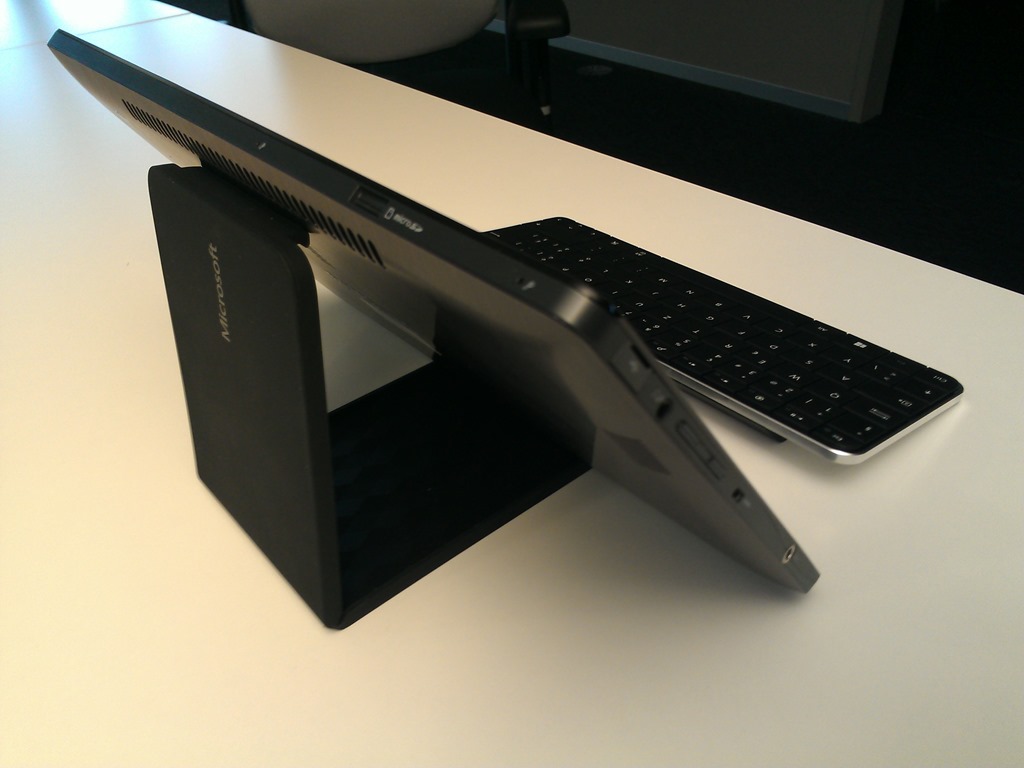 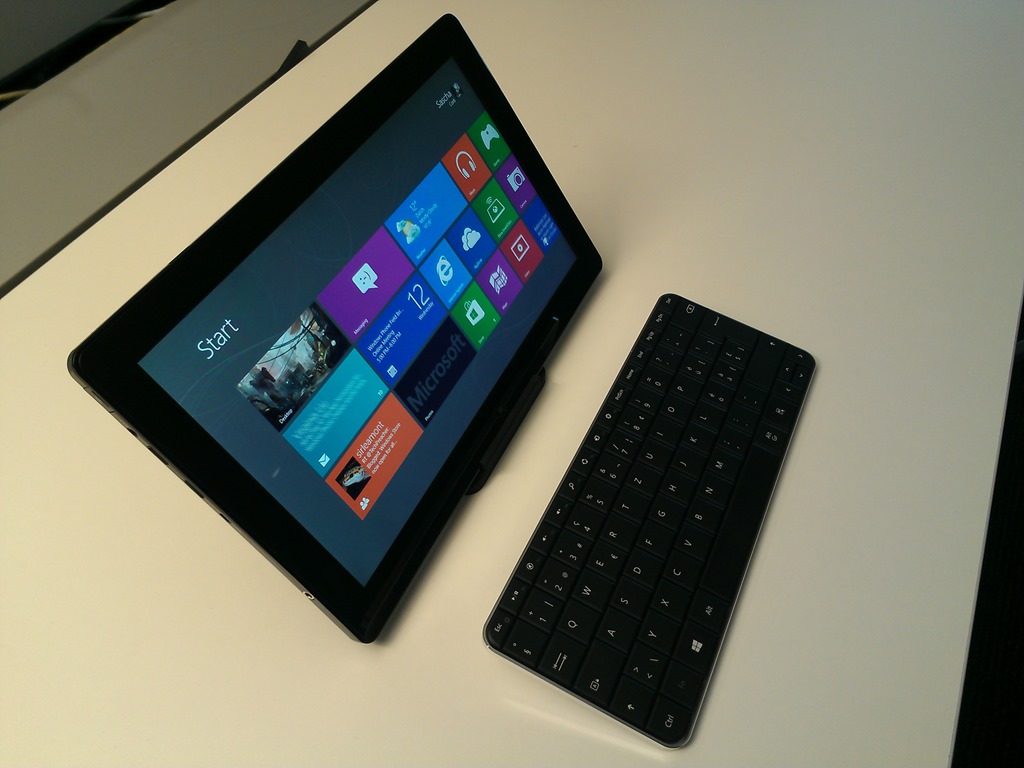 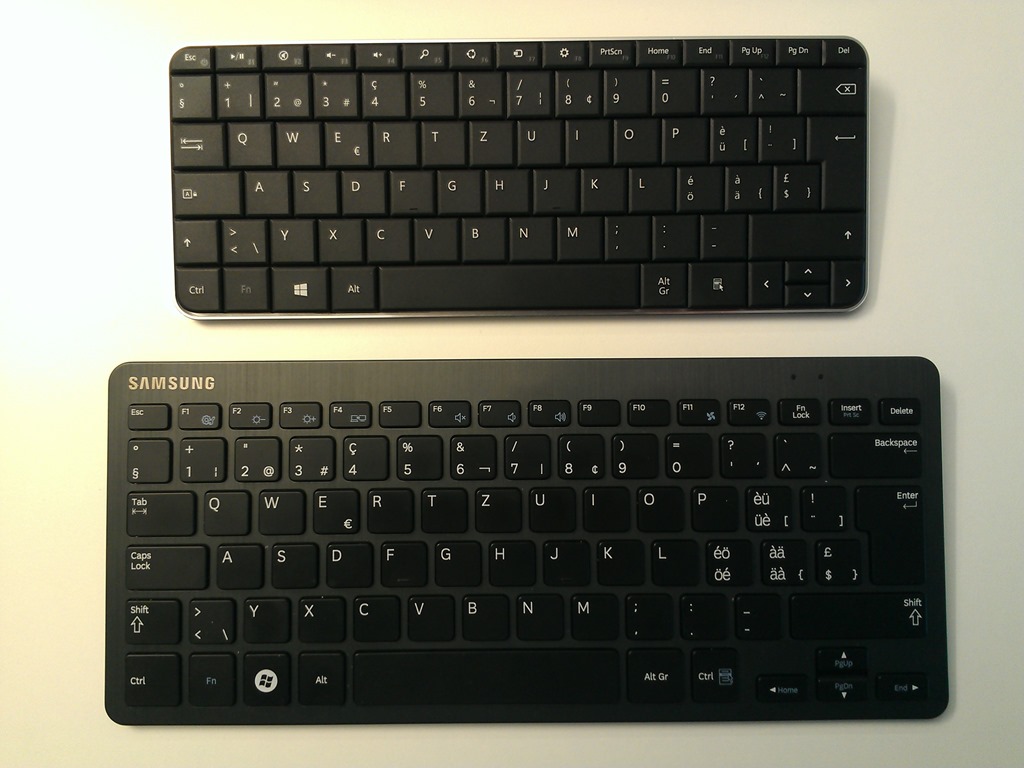 After some typing I can say I got used quickly and had no noticeable typing errors. Also, the full sized space bar and correct position of the special keys makes using it a no brainer. Again, the keyboard too is quite heavy and sits on the desk very stable.

The only thing I found a bit tricky is fitting the cover back on the keyboard as it takes some precise bending and finger-work to get it done.

Apart from that: A very nice mobile keyboard!

I really love the bold Surface street art that is popping up in major US cities.

Pictures from various sources. Two squares are enough to recognize the device. This has the potential to go iconic… 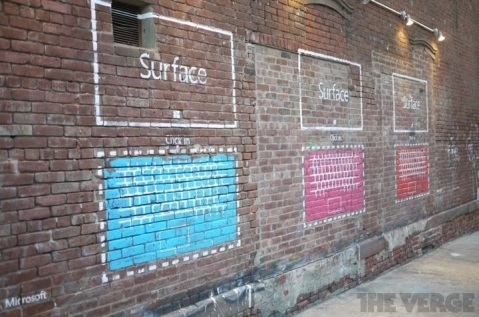 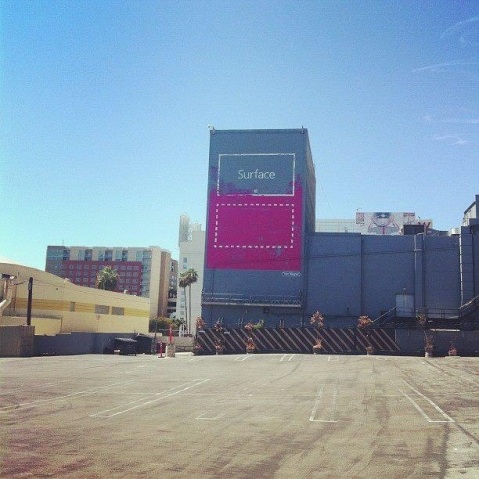 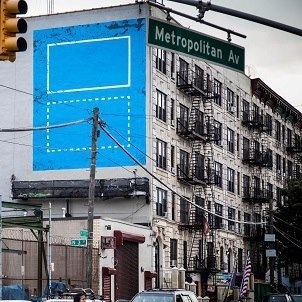 I am very impressed by the Windows 8 devices announced by Samsung!

Yesterday, Samsung unveiled their ATIV series of devices optimized for Windows 8. As a long time user of an ASUS Transformer, I welcome their device design with the detachable screen. I was also very happy to hear that the Series 5 and Series 7 Slate PCs will be featuring their newly announced S-Pen – I almost got a little jealous when they showed it off using the Galaxy Note 2.

This is how the two stack up on the technical side:

The lower 1366*768 px resolution may sound like a drawback but I have been using the currently available Samsung Series 7 Slate with Windows 8 for quite some time and at the same display size, to me, this resolution is very good to work with.

The VAIO Tap20, a 20 inch touch “All-In-One” that converts from standing to flat for optimized touch use: 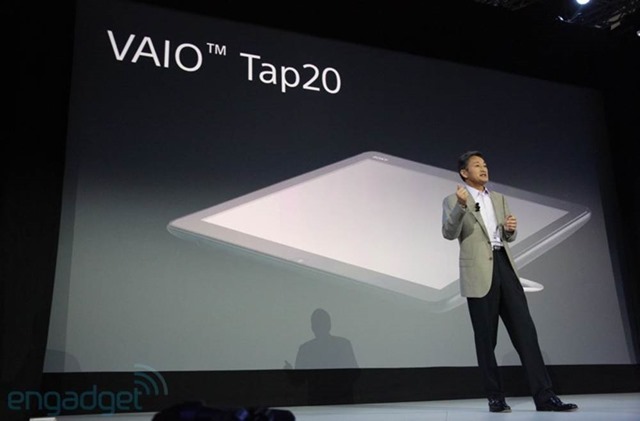 And the VAIO Duo 11, a stylish convertible Notebook/Slate device. 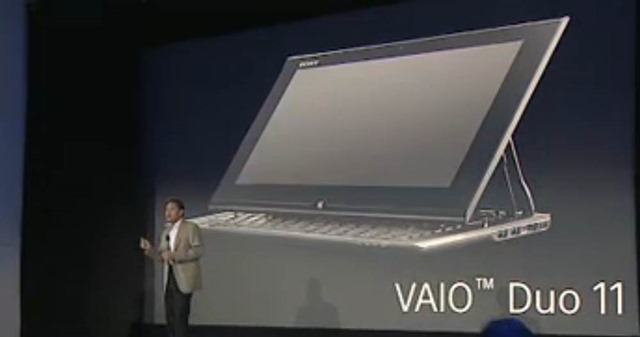 The size of the body makes me think it’s probably going to be Intel-based.

Pretty cool. Bring a 1 meter tower of books to Sony during IFA and get a free Sony Reader PRS-T2

The first 100 visitors to get a 1 meter tower of their old books to the Sony store on Potsdamer Platz in Berlin on Thursday at 7pm will get it switched for a new Sony Reader PRS-T2.

The buzz is on! – Windows Phone 7 Series Information Center – #WP7

Here are a collection of higher resolution screenshots that Microsoft have released.

0
Filed under:
News by Alan Burchill

I love the buzz, Windows Phone 7 series is generating! Already there is an independent site “Windows Phone 7 Series Information Center” that is constantly updating on the new platform – including some spectacular rumors :)